There’s just a springtime plethora of bike rides happening here at rideblog! After the long winter of our discontent, spring has sprung, and the grass is ris. This is where the flowers (or birdies, depending on your version of the poem) is. 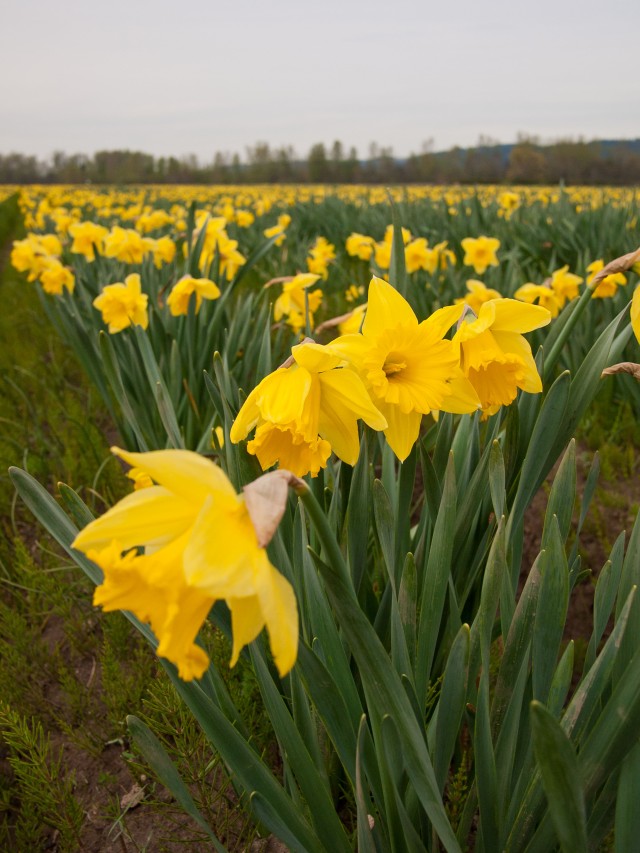 Actually, spring break happened for many of my tutoring students this week, so I had a day off after most of them cancelled. What to do with so much glorious, unadulterated time? Why, ride one of the local trails I can’t usually be bothered to drive to, of course!

Now, there is no conceivable reason not to drive out to the Foothills Trail. It is no further from my house than the Sammamish River Trail, or the Burke Gilman Trail. But the truth is: it’s in the wrong direction. All of my life seems to involve driving north, or west, or east, but never south. Since there’s nothing remotely relevant to my child or to my job down in the Great Southern Wilds of Washington, I have a hard time justifying a twenty minute commute to the trail head. Yes, I realize this is stupid, as the Burke Gilman is at least an hour’s drive from my house, due to the hideous nature of Seattle traffic, and the Sammamish River Trail is not one jot geographically closer than Foothills is. It’s funny how the brain works, isn’t it?

But with a whole day off, no justification was really needed. I just wanted to ride somewhere I hadn’t ridden much before. I have only been out to this trail twice. The first time was almost exactly a year ago, and I rode the second half of it. I made an attempt to ride the first half at some point, but was cut short by rain. So on the scale of newness, the Foothills Trail was about an eight. I could live with that.

This time I drove only as far as the most northern trail head, which is in Puyallup, right next to a bulb farm. This is a good time of year to visit a bulb farm, as you might imagine, though the sky was a bit too overcast for truly spectacular photography: 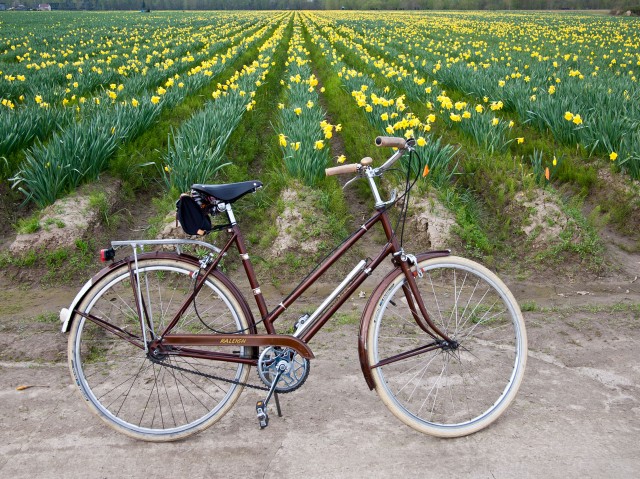 The Foothills Trail runs from Puyallup through Orting and into Buckley, eventually extending all the way to Carbonado. If these names mean nothing to you, it’s okay. They mean next to nothing to many Washingtonians, too. Aside from Puyallup, which is known for its yearly fair (the best in the state, I think), the others are pretty small towns.

I grew up not far from Buckley and Carbonado, and they were even more rural Back in the Day, Kids, When I Rode My Bike Uphill Both Ways to Get Candy, Which We Called “Candeh,” and Which Cost a Quarter, the Same Amount as a Game of Ms Pacman. I have no real desire to live in such a rural, isolated area anymore. I have no illusions about the political and social bent of most of my state’s small town residents. Living in the Legalized Abortion/Pot/Gay Marriage/Euthanasia Belt has ruined me for small town life. For now, I like to ride in rural areas and just enjoy the scenery. Country living resembles other people’s dogs for me: I like them, but I’m always glad they’re not mine to deal with at the end of the day.

I meant to get a picture of the Lahar warnings along the trail, but forgot. Lahars are Giant Volcanic Mudslides of Death that move at hundreds of miles per hour and are as high as four-story buildings. How does one acquire a Lahar warning, you may ask? One starts by being close to this:

And what does one do if one hears a Lahar warning siren? Besides kiss one’s ass goodbye, you mean? According to the signs, one hightails it to somewhere at least 50 feet off the valley floor. Take a good look at how wide that valley is, and imagine trying to outrun a giant wall of boiling mud travelling faster than a car. Riiiight. I particularly liked the exhortation to “assist other trail users as best you can.” Translation: YOU’RE ON YOUR OWN, PEOPLE. RUN FOR THE HILLS!

Fortunately, Mt. Rainier did not actually erupt while I was there, so I didn’t have to abandon my Slow Biking cause this time.

The first portion of the ride was mainly through flat farmland, still lying mostly fallow from the winter. As I approached Orting, whose town planners have apparently decided to fill the possible Lahar path with as many boxy suburban developments as is physically possible, things became less rural and more industrial.

The sign starts off so promisingly, doesn’t it? It reads like this to me: MCMILLIN PARK!!! (of industry).

The trail makes its way through those endless cookie-cutter treeless suburbs until one reaches the town of Orting, which, frankly, doesn’t seem to justify the massive number of households it has acquired. It still has a fairly laid-back, small-town atmosphere.

Orting has an annual Daffodil Festival, which explains the daffodil patterns in the crosswalks, or at least I think it does…

From there, the trail follows the Carbon River. It’s wider and flatter than my more familiar river companions, with nice wide sand/rock bars in the middle. One could raft it, I suppose. There were two folks in full rafting gear sitting in the middle of one sandbar, not a raft in sight. I was a bit worried for them, but as hundreds of people were passing and they weren’t signalling any of us, I figured that they must just be waiting for their “ride.” Which is weird, really.

Speaking of weird, people out in the country keep odd animals. First, I rode by a small field with four large mules. I realize that mules are useful animals in many contexts, but this farm was tiny, sandwiched in between the road, the trail and two other properties. What are those people doing with those mules? Why are there four of them? How much Borax does that family use in a year?

I had this poster on my wall as a child. Why? I don’t know. But I now find mules somewhat disturbing. Coincidence? 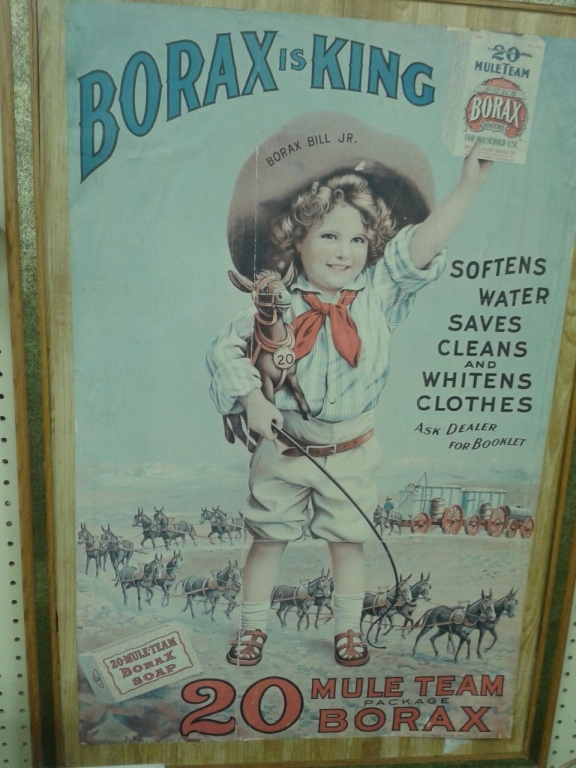 A bit further on someone had an emu. Now, I understand why one might have an ostrich. I have even eaten ostrich, and it tastes, not surprisingly, like gamey chicken. But an emu? Why? What could possibly be the long-term appeal of an enormous, face-kicking dinosaur throw-back?

It was at that point, deeply into my philosophical musings on the nature of the modern farm animal, that I decided my two-hour excursion was stretching me thin. I turned around, anticipating a long journey back to my car. Turns out the Foothills Trail is an uphill grade most of the way to Orting, and there was also a headwind. I made it back in just over an hour.

Which is not to say this was a fast ride, as it was really about 20 miles total, so I was clearly toodling along rather slowly, even for me. That distance would normally take me just over two hours total on The Raleigh, which is not The Gazelle, and can obtain speeds over ten mph with only a little effort. I guess I’m still too out of shape to go fast.

The Raleigh may be faster than The Gazelle (that should be its slogan!), but it’s still not up for this:

I kept vacillating between the amusing mental image of The Raleigh on those jumps, and the tempting image of my son trying out his soon-to-be-new-birthday-bike on them in a month or so. Think I’ll go with the latter.

And yes, I bought him a new bike just two summers ago, but he’s grown about 150,000 inches since then.

Finally, it wouldn’t be a small-town rideblog entry without one of these: 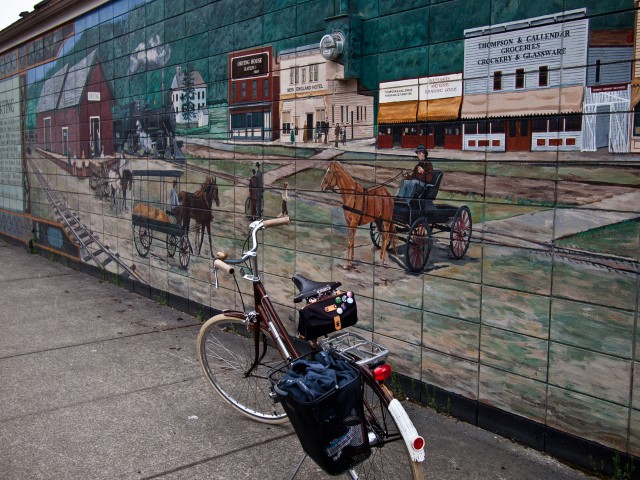