The Viva is a Dutch-style “hybrid” bike, which is certainly not a bike I ever expected to own. I was hoping to buy a mixte, but the one I bought turned out to be garbage. As consolation the day it arrived and I realized I wasn’t going to keep it, I headed down to The Dutch Bike Co., who were building up new wheels for The Raleigh Sports, and who offered to let me take out their new rental bike for free. The Viva was the “new” rental bike.

When I bought the Viva, it was two years old. The owner of The Dutch Bike Co. had purchased it for his daughter, but it was too big for her, so she never rode it. I think it must have been kept in a somewhat protected spot, like a balcony or carport. The first time I rode it, it still had rust on the handlebars and a few spots on the body, a thin layer of dirt everywhere, and sun-faded spots and small dents on the fenders. Otherwise, it was mechanically perfect. I suspect it had been ridden perhaps less than ten times.

I fell for the Viva for its Fat Frank tires, racks, and perfectly upright position. Cleaned up, it’s an exceptionally pretty shade of dark cream, with a nicely lugged frame. The rear hub is a Shimano Nexus 7. I added Portland Dan leather grips to match the pre-aged Brooks B67, and the heavy-duty kickstand. 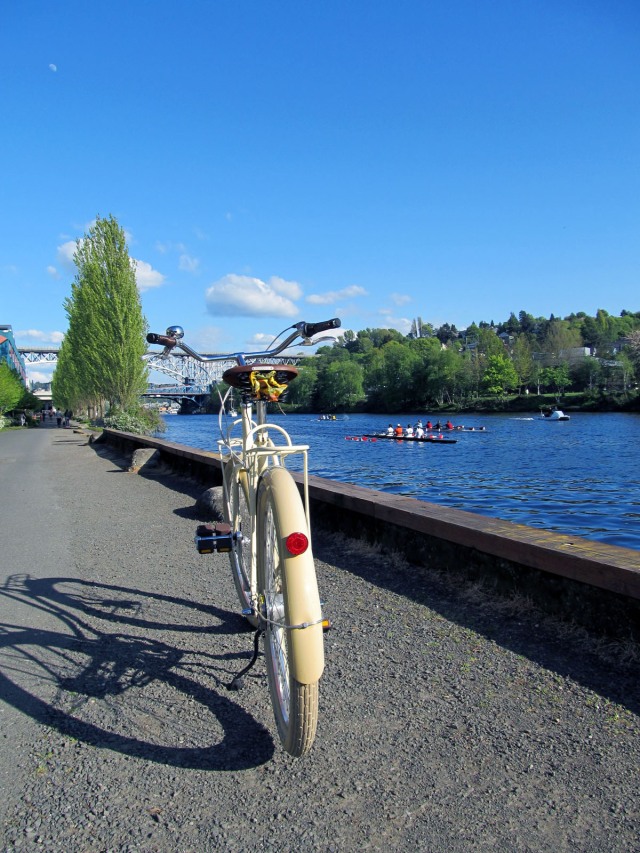 The Viva is smooth and easy to ride, though not particularly fast or nimble. It is ridiculously comfortable. The Fat Franks cushion every bump, and the upright position keeps me from feeling any nerve pain while riding. I may not win any races, but the bike is a delight.